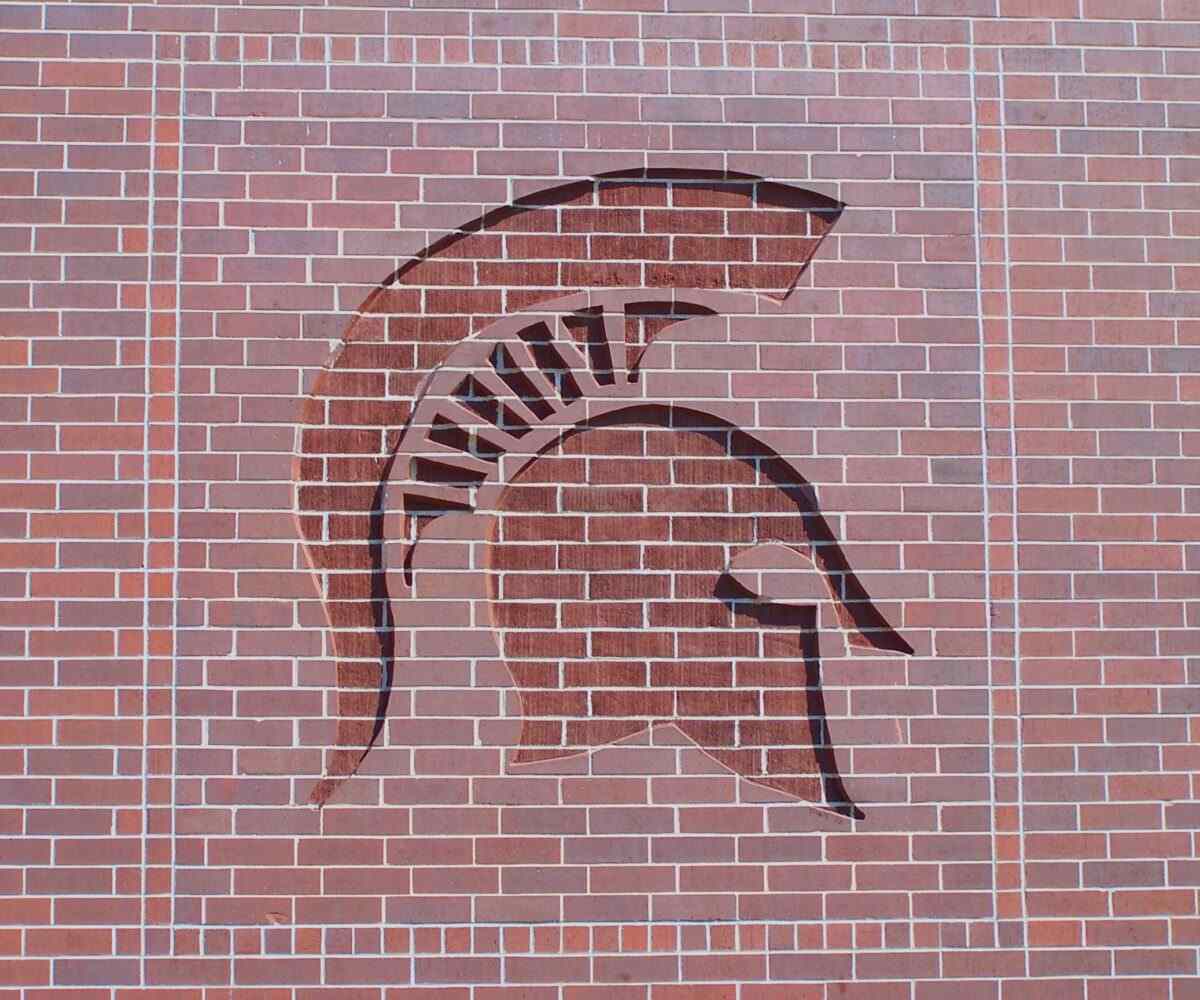 A few weeks ago, we talked about football season in Ann Arbor and the history of the University of Michigan Wolverines. Not to be forgotten, Michigan State University, located in East Lansing, also has a rich history and world class athletics program. In the mid-twentieth century, the Michigan State Spartans football team rose to become a national powerhouse, all the way into the Big Ten era today.

Michigan football began as a club sport in 1885, and in 1896 gained varsity status. In the early days when Michigan State was known as Michigan Agricultural College (and the team was known as the MAC Aggies), teams competed in the Michigan Intercollegiate Athletic Association (MIAA), which still exists today and is actually the oldest college athletic conference in the country. In 1913, the football team completed a perfect season.

In 1925, Michigan Agricultural College became Michigan State College, and in 1926 the athletic teams became known as the Spartans. The Michigan State football team became part of the Big Ten Conference in 1953, the same year they won the league championship as they defeated UCLA in their first Rose Bowl Game. The team has also won a total of six national championships in the years 1951, 1952, 1955, 1957, 1965 and 1966, as well as nine Big Ten championships, most recently in 2015.

The home of the Spartans, Spartan Stadium, has consistently ranked among the NCAA’s Top 25 in attendance, spanning 59 consecutive seasons between the years of 1953 and 2014. Up until the 1920s, the team played on Old College Field just northwest of where the current stadium is located. In the fall of 1923, the new stadium was constructed with an initial seating capacity of 14,000. Over the years, capacity has grown to over 75,000, with the most recent expansion being completed in 2005. Spartan Stadium is the Big Ten’s sixth largest stadium, and it’s also the 23rd largest college football stadium in the entire country.

A Great Season of Michigan State Football is Ahead!

Coach Mark Dantonio has led the team since November of 2006, after being hired from the University of Cincinnati. With 2015’s Big Ten Championship still fresh, and Coach Dantonio’s 7-2 record against main rivals University of Michigan, the 2016 season is shaping up to be another great one.

The 2016 Michigan State football schedule began on September 2 against Furman University, with the Spartans taking the win, 28-13. How many games will you be attending this year?