All About Campus Martius Park 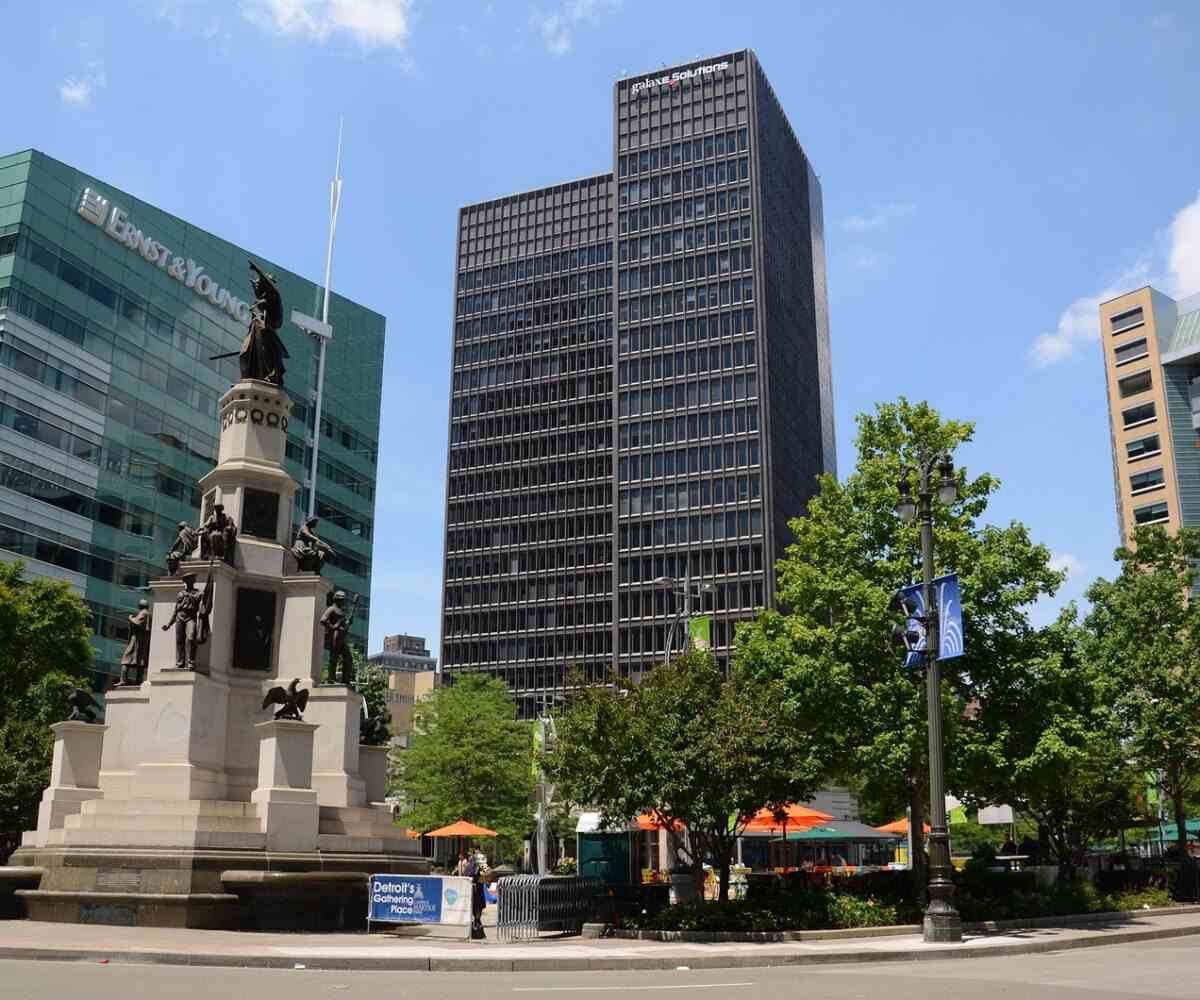 Located at the intersection of Woodward Avenue and Michigan Avenues in downtown Detroit sits Campus Martius Park, a 2.5-acre public square and year-round entertainment venue. Campus Martius has long been known as a regional destination, featuring a mix of historical architecture, retail outlets, amazing restaurants, and is the home to businesses like Compuware and the Quicken Loans Headquarters.

The Campus Martius Park district is a two-square block district located in the heart of downtown Detroit. The park is where the “point of origin” of Detroit’s coordinate system was created, which is marked by a medallion embedded in a stone walkway.

The History of Campus Martius Park

Campus Martius means “military ground”, and in 1788 the park served as a drill ground for militia training. Named after Campus Martius in Marietta, Ohio, a 180-foot stockade, the original park covered several acres and became a gathering place for residents. After the Great Fire of 1805 leveled Detroit to the ground, Judge Augustus Woodward was appointed to oversee the rebuilding of the city, and he chose the nation’s capital as inspiration for his design.

This is how Campus Martius Park became the “point of origin”. All the major avenues in the city radiate out from this point; 7 Mile Road lies exactly seven miles north of Campus Martius, 8 Mile Road is eight miles north, and so on.

In 1847, the city’s common council filled the park with 100 yards of earth to allow the low and marshy area to be developed properly. After the Civil War, Campus Martius was selected as the location for the Michigan Soldiers’ and Sailors’ Monument of the American Civil War.

Over the years, Campus Martius began to fall into disrepair. By the late 1990s, a task force was developed by Detroit mayor Dennis Archer to revitalize the park and make it the best public space in the world. By fall of 2003, the reconstruction plan was approved, and was completed in November 2004.

Today, Campus Martius Park hosts a variety of events and activities throughout the year that draw impressive crowds from all over the country. It’s also a great place for residents to gather, relax, meet friends, enjoy a meal or the gardens, and take in the Detroit skyline.

In the summer, visitors can enjoy performances and entertainment on the two stages at either end of the north lawn. Botanical gardens surround the perimeter of the park for year-round color, and waterwalls line the western edge of the north and south sitting gardens. The centerpiece of Campus Martius is the Woodward Fountain, with around 100 water jets that are active throughout the year. Activities like movie nights, yoga classes, food trucks, live music and more fill Campus Martius’s event calendar throughout the summer months.

In the winter, guests can head to The Rink, the outdoor family-friendly skating rink, which is open seven days a week and holidays. Or, take a brisk walk and take in the monuments, drink some hot cocoa or enjoy a meal at one of the many nearby restaurants.

What’s your favorite activity or event at Campus Martius Park?

National Storage have a variety of sizes of storage units available at our locations in Michigan and Ohio for all your household storage needs. Contact us today to learn more.